This problem is not as common as it seems and it is very embarrassing to admit that you are addicted to sex. His marriage is beginning to break down and if he loses his wife, he may also lose his daughter, who does not know what is happening to her father. But it is never too late for anything or anyone and you can fight this addiction, even if it is not for losing your daughter. 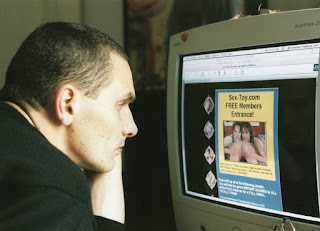 If we look for the origin of this terrible problem, we must go back to his youth, specifically when he was 18 years old. Going out with friends at a party, trying to flirt with the girls and failing in the attempt and being rejected caused him to get home and need to let off steam and release all the testosterone that he has accumulated through the videos that you have on youtube on the computer. It is a very easy way out but without realizing it begins to be 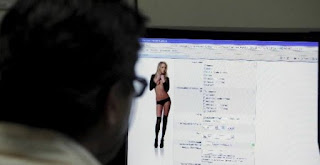 As the years went by and friends were lost, good moments of happiness and unforgettable experiences. There is when you realize the serious problem you have. It took him a lot to get the help he needed. It took about 10 years of denial until he admitted to having a problem, a crisis would be that he had lost his job. He tells us that he went to anonymous sexolic meetings, which did not work for him because he did not feel identified with the group. He has searched the internet for literature without any positive results until he came here.

The perfect and suitable place for our protagonist was a Madrid detox center called DeLuna. Directed by Delia Rodríguez, an expert psychologist who treats patients addicted to online videos and who are not able to unhook themselves. The definition of an addition according to Delia is a multifactorial process where biological, social and psychological factors occur where the reward system, located in the brain, is activated and which help to cause pleasant reactions. For this reason, the individual is always looking for sensations that give him pleasure, as sex does.

Another specialist in solving these cases is Dr. José Luis Martínez, one of the best in Spain. His specialty is dealing with the families of the affected to correct and solve their mistakes. Our doctor says if there are 1000 addicts multiplied by 5, it gives the result of all those affected by the pathological disorder. It also defines the intervention as helping a family to overcome addiction through dialogue, each family member is equal to 5 professionals. If they understand the disease and know how to act, they will achieve a better result than a professional. It is much easier for an addict to convince me to consume with him to come with crumb to treatment. Therefore it is easier to evaluate your family and get everyone to convince you.